Following protracted natural disasters, threat of drought, clan conflict, military offensive and evictions, the number of IDPs and other affected vulnerable people in southern Somalia in undoubtedly doubling day by day as Somalia move toward
achieving stability. Appropriate responses and in-line with the ‘do no harm principle’ is indeed inevitable.

SFH protection activities focuses on the South Central Zone, which has the highest level of displacement and where cases of gender-based violence (GBV), separated and unaccompanied children, children formerly associated with armed forces and groups, rampant ERW (explosive, remnant of war) and IED explosives, and violation of basic rights become the order of the day.

SFH is currently a member of the following working groups:

Beside these, SFH has prioritized sub-activities as: service provision, improving protective environment including GBV preventive measures, and strengthening coordination, capacity-building and advocacy

Service provision directly address male and female GBV survivors of rights violations through medical, legal and psychosocial, family-tracing and reintegration interventions in our specifically defined centres including but not limited health and nutrition centres.

SFH Support Unaccompanied and separated children, including those at risk of recruitment, through specific assistance and family tracing interventions in order to reduce their vulnerability to abuse and exploitation. In order to achieve the desired impact, assistance to GBV survivors will weigh heavily towards risk reduction measures that will, on the one hand, allow survivors to restore their dignity, and on the other hand, mitigate risky behaviour.

GBV survivors and girl and boy children will not be supported in isolation but as part of a package of services. Schooling and gender-sensitive livelihood opportunitiesprovided by SFH will aim to reduce exposure to GBV for women and girls. Our Livelihood interventions will aim at mitigating protection risks like GBV for women, girls, boys and men and serve as alternatives to recruitment/enrolment into armed groups, economic migration and violence.

SFH MRE Program (Mine risk education), aim to reduce the risk of injuries and death caused by ERW’s and Mines, Explosive weapons pose one of the most prevalent challenges to security and stabilization in South-Central Somalia. The proliferation of explosive remnants of war (ERW), improvised explosive devices (IED) and landmines not only threatens lives in Somalia but also limits access to basic services and economic opportunities for much of the population. As a result, explosive contamination represents a serious impediment to stability, security, and ultimately recovery and development.

Furthermore, IEDs cause loss of life and damage to property creating a climate of fear within which effective humanitarian operations can be impeded or even prevented. The presence of ERW and unsecured weapons and ammunition poses threats to the lives of IDPs, host communities and returnees, and acts as a source of instability through providing components of IEDs and resources for armed belligerents.

Following the successful accreditation by UNMAS (UNITED NATIONS Mine action services) to conduct humanitarian mine risk education in Hiran and Part of Galgadud regions in early 2014 under the Task dossier NG115, SFH managed to conduct over 500 sessions in the newly liberated districts of Mahaas and Ceel buur regions and reached an estimated 15000 persons on the safe handling and reporting procedures of ERW’s and Mines. 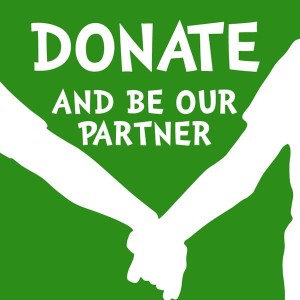